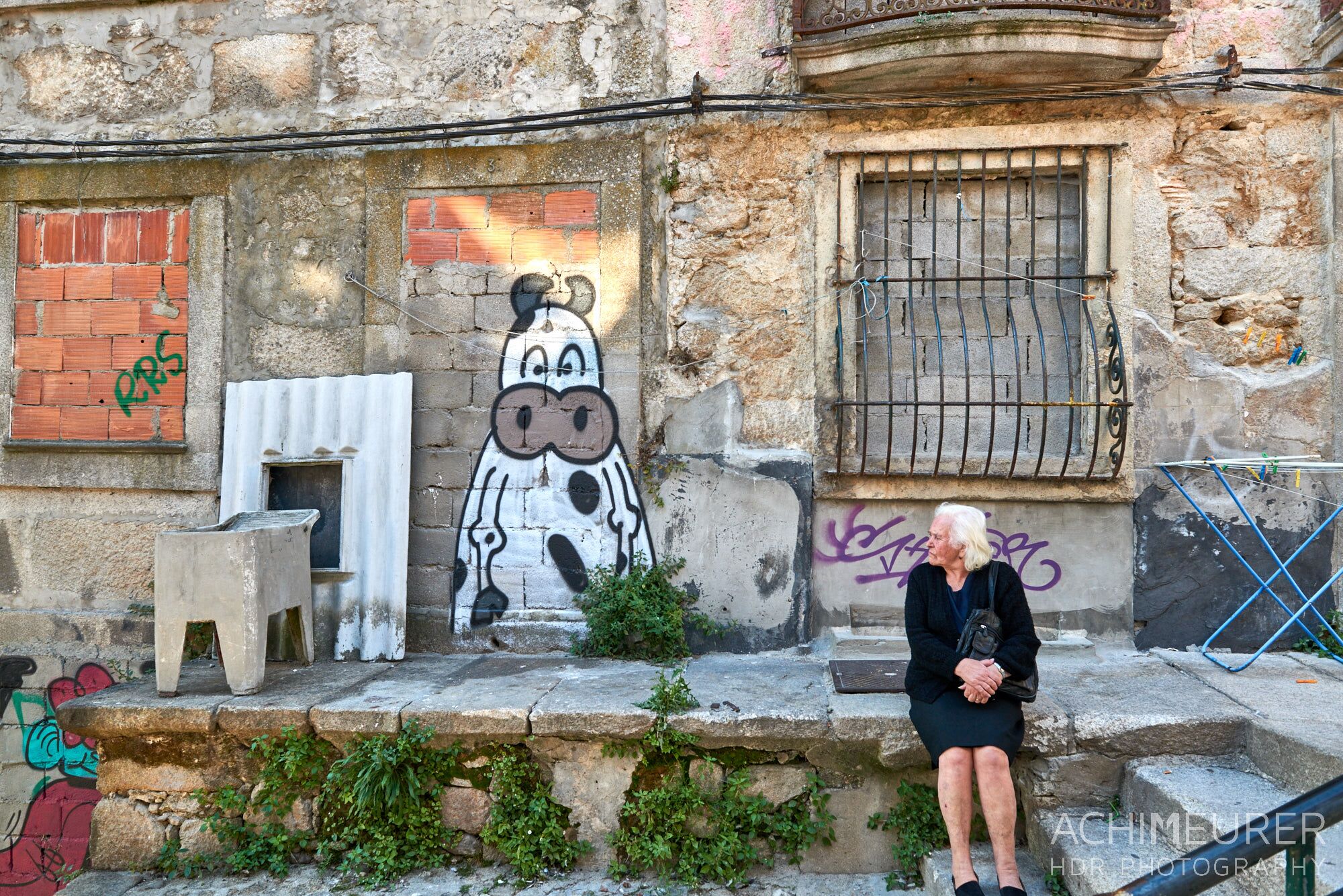 We spend already some weeks in Portugal and realized some differences so far.

In Portugal everybody has a lot of time. Just quickly does not work here. Even if you only ordered some water and no other customer is in the restaurant it might take up to 10 minutes before you will get your drink. We were too often too German and asked whether our order had been forgotten. No it was not. It is just the fact that in Portugal it takes much more time.

Concerning reclamations it means when they say: „We immediately care about it“ it might take a couple of days. One waiter in Portugal brought it to the point by asking us: „Give me two hours.“

With our rental car we also drove on the highway. Therefore we had to acitivate a device in the car for the toll. Only with that device you might use the rental car on the highway. So they told us. Look out! The device beeps loudly when you pass a toll station. First we thought our car is broken and it would be a warning sign. But then we realized the connection between the beep and the stations. Well they could have told us… What they also did not tell, was, that there is a special lane at the toll collect station. It is green and marked with a “V“ So use that and you don’t have to wait.

After having used our rental car for quite some time, we wanted to clean the front shield and drove to the next gas station. We want to take some pictures also out of the car and therefore the windows have to been clean. At the petrol pumps you will find buckets but there is sand inside. No hint about water. No sight of a squeegee. You will look for it in vein. At service areas you will find apart from the gas station a pillar marked with „air and water“. With one hose you can pump up your tires and with the other one you can hose your windows.

The Portuguese have breakfast more like the Italians. While standing at the counter they drink a very short coffee – Espresso and eat a small bite. That’s it. After that they leave. Some people sat down and ordered toasts or bread or croissants with butter and cheese. Fresh pressed orange juice you get everywhere for little money.

In many restaurants you immediately will be served with some bread and an assortment of olives, cheese and fish paste. This is not complimentary but you have to pay for it. Some waiters ask beforehand. Others just put it on the table. It will cost around 2 Euros (per person). But we also heard about tourist traps where they will charge you up to 10 Euros for it. If you don’t want it, you should right away say so and don’t touch it. And check your invoice.

At nearly every restaurant you will find signs on the table stating: „Reservado“ (reserved). If you ask for a table though you mostly will get a place. We often sat the whole evening in a restaurant and all the tables around us with this sign on it have not been used even until shortly before closing time. On the other hand we always got a table. The restaurant owner wants to have some turnover at the end of the day. The best tables with sea view you won’t get then though. For that you have to make a reservation.

With two or three exceptions we could pay everywhere with a debit card or credit card. Really everywhere. Also at the street-food-truck at the beach or the small kiosk around the corner. Very seldom they only accept Portuguese (credit) cards but then they take sometimes debit cards or you have to pay in cash. Those are exceptions. Even the smallest amount like – two espresso for 1,30 € you can pay by card.

Portuguese ATM will only give you 200 Euros per operation. We did not have to pay an extra charge with our bank.

Traffic in Portugal is not very well organized. Pedestrians cross the streets to their liking or while the lights are red. Cars pass with the lights on dark orange or red. Lanes are not really followed. We also experienced that some drivers honked and drove around a narrow corner without breaking. At least he announced his arrival. Cars are parked everywhere. Whether others cars will get through or not. You will see a lot of cars with scratches and bumps. No wonder. Parking spaces will be taken generously so that you have to have an artistic talent to get out of your car. The positive thing about it is that you can stop everywhere to take a photo. Nobody complained so far…

Minimum 40 on the highway

Be careful when driving on the highway. As the minimum speed is often 40 or 50 km per hour it might be that on the lane there is a very slow vehicle in front of you and you really have to break heart when arriving with a speed of 120 km per hour.

When seeing a sign warning you about bumps take it seriously. Streets are bumpy anyway and have lots of deep holes in it but some cross-walks or bumps are very very high. So you have to slow down.

At arrival your passport will be scanned (which is not legal though) and you have to give your credit card information in the case you will be held liable for something. We refused to give the security code. With credit card number, expiring date and security code everyone could shop with our card online. In Lisbon they have been kind of reserved towards tourists. We had to make a deposit of 50 Euros for two multi plugs.

You will find air condition literally everywhere. And rooms are cooled down to refrigerator temperature. Even when we asked for letting them switched off they were running again in our hotel room after room service had been there. Windows and curtains are always closed. Sometimes you only have to bring a jacket and a scarf even with 30 C outside because it is not only cold but also against the draught

The TV is running all the time. Even in the nicest restaurant with georgeous food the screen is flickering. Often there is football or biking to be seen or a talk show. If there are music videos the sound will be different. So picture and music are not relating. Even at our 5 star hotel the tv was showing football at the piano bar while the piano player sang a romantic love song. In the small alleys in the old towns you can hear the tvs while passing the open doors. And there are satellite dishes everywhere to be seen.

An annoying subject. But when you are on the road the whole day and drink a lot because of the heat you have to go to the loo once in a while. The good thing: There are toilets everywhere. Even in the smallest coffee places and supermarkets like Lidl and Co., at the beach, in parks and and and. The bad thing: They are so messy most of the time that you hardly dare to go in. Most of them lack the toilet seat. Often there is no paper or because you are not allowed to throw the paper into the toilet but have to put it into a bucket the paper is everywhere scattered over the cabin. Which is also not nice.